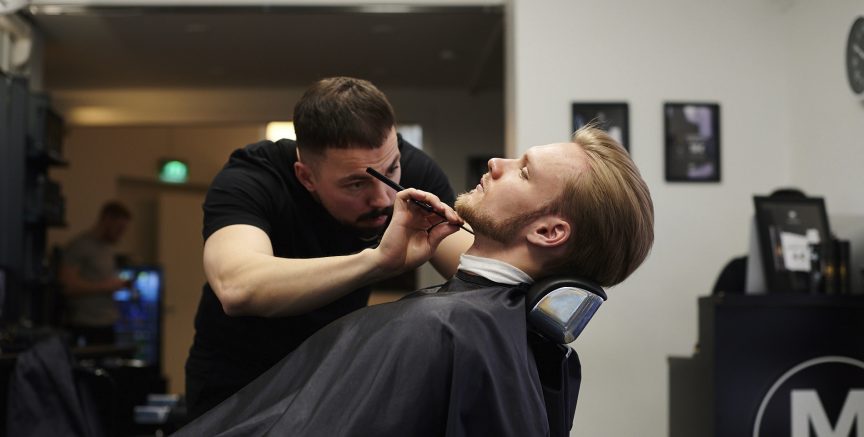 This spring we all spent major time at home in quarantine. For many, that was the time to re-think and upgrade mustache and beard game for the summer. We listed five most-trending beard looks at the moment. Have you already tried these?

Back in the 1930s, stubble wasn’t quite the uber-cool style statement it is today. Back then it was a sign that a man was lazy or down on his luck (‘five o’clock shadow’ was a term concocted by a razor company to encourage men to shave twice a day so as not to appear slovenly).

Kept neat and trimmed, it’s a style that looks as good in the boardroom as it does in a bar. Keep an eye on the length, though: too short and it’ll look like you simply overslept; too long and you’ll just look scruffy. As a rule of thumb, three to four days’ worth of growth is optimum for most guys. At this length, the hairs will lay a little flatter against the face and will be less likely to cause ‘pash rash’ too.

Short on effort, big on style, the goatee has long been the facial hair choice for rockstars, intellectuals and those with a wayward, rebellious streak.

Essentially, this refers to any style featuring hair above the lip and on the chin only, sometimes connected to create a frame for the mouth. In short, it’s the artistic, slightly villainous brother of the beard.

Goatees look especially good on slim, angular faces (but don’t let them grow too long or they’ll make your face look too lean) and can make a round face look slightly slimmer.

Falling somewhere between stubble and a full beard, the beardstache is a hybrid where the moustache is kept longer and fuller than the surrounding hair.

It’s a polarising style that has been called everything from the hot new thing to the facial hair equivalent of a mullet, but when done right it oozes masculinity.

It works well on most face shapes but requires thick facial hair and looks best on guys with a wider philtrum (the stretch of skin between the top lip and nose) and a prominent chin due to it drawing attention higher up the face.

A dialed-down, neater, and altogether less lumberjack version of the full beard, the short beard is a more versatile, understated, and office-friendly alternative — perfect if you’re fending off a boss who’s phobic of facial hair.

If you’ve got a round face, for example, you might want to reduce the length at the sides slightly to elongate the face. Similarly, leaving the sides slightly longer can help add width to a thin, narrow face. Blessed with a double chin? Try taking the beard down all the way to Adam’s Apple to disguise it.

If in doubt, ask a barber to tend to your beard with your next trim, then keep up the shape at home ?? click to My M Room.

Growing a full beard is a rite of passage up there with learning to drive, drinking your first pint (not at the same time, mind) and buying your first ‘grown-up’ watch.

But like skiing, losing weight or shooting hoops, it’s one of those things that’s decidedly harder than it looks. The fuller the beard, the more maintenance it requires, and the more problems you’re likely to encounter.

Of all the beard styles, the full beard is the hardest to rock, partly because it’s such a statement. Guys with oval faces will have no problem making it work, but if you’ve any other face shape, you may need some creative trimming to ensure it flatters.

Slim, angular jaws, and narrow faces can be softened and rounded out by keeping the sides slightly longer, while round faces can be elongated by growing the hair at the chin longer and keeping the sides shorter. You an also make a rounder face look thinner by growing the hair on the front of your face slightly longer than the stuff around the sides. Think of this crafty contouring as whisker magic.