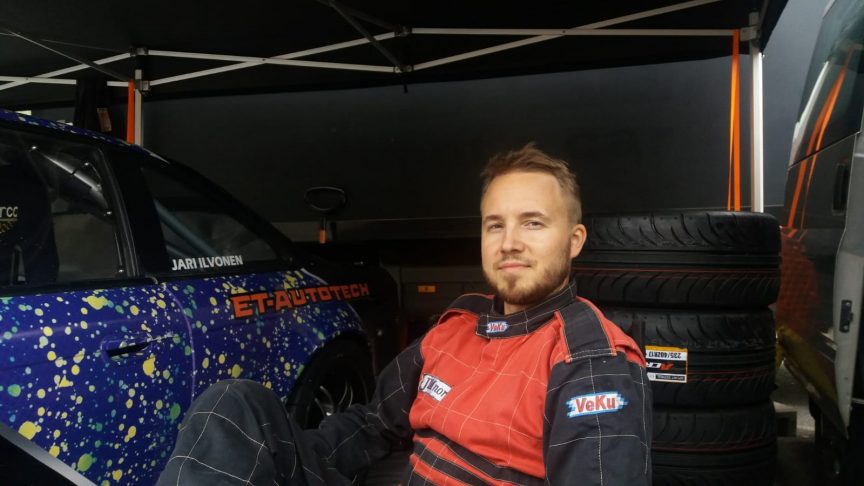 Most of us know the franchise movie series The Fast and The Furious, where expensive cars like Ford Gran Torino Sport, Mitsubishi Eclipse and Dodge Challenger race against each other with high speed and excitement. It´s a franchise for people who love cars and danger, not to mention drama also. Stepping out of the fictive world, drifting has now entered into Scandinavian ground. The sport, which initially started in the mountain roads of japan, is still relatively unknown in other parts of the world. In this sport you race with rear-wheel drive, maximum power cars. You don´t race against the clock. In drifting the driver intentionally oversteers with loss of traction, while maintaining control and driving the car through the entirety of a corner. The technique causes the rearslip angle to exceed the front slip angle to such an extent that often the front wheels are pointing in the opposite direction to the turn.

M Room talked to a drifting enthusiast and our customer Jari Ilvonen. This Finnish man who lives in Tampere found drifting 10 years ago, and has competed 5 years in it. He keeps busy; during the day he works in the construction industry, but still finds time for his sport.

Jari, could you tell us a little bit about a normal competition day?
”I get nervous in the morning of the race, but the nervousness usually disappears during the day and you are able to drive aggressively, yet in a relaxed way. Competitions are quite hectic and the schedules are tight. It´s really hot inside the car and when you combine it with the adrenalin, you truly feel like you have given all you got after a race weekend”.

The race itself usually consists of morning practice, followed by one car at a time sorting, after which the drivers are ranked. After this it´s time for two cars to drive together, one in front and one in back. The judge votes the winner and they proceed against next opponent, until there is only a winner left.

We all know that motor sports can be dangerous, as you are dealing with high speed and high powered cars. Towards the end of the franchise “The Fast and The Furious” fans were left teary eyed when one of the shows main actors, Paul Walker, passed away in real life due to an accident while being on the passenger seat of a Porsche Carrera GT. This  tragic incident so closely reminded of his movies and how the storyline so many times put him in danger while driving. Real life turned out to be even more dramatic than the movie, as life can often be, in this case sadly so.

This brings out the question, are drifting races dangerous?

“You get small bumps sometimes, driving so close to another car, but usually nothing bigger. Motor sports is of course dangerous in a sense that if you hit a concrete reeling you can really do damage. However the safety protocol determining the safety of the car is very tight.”

We are relieved to hear this, and to know that the people competing in this sport are in safe hands despite the speed and risks.

What are your goals in this sport Jari?
“I was third in the Drifting pro series last season but have not yet won a single event, so in addition to getting a good ranking I would like to win a single event next season. I plan to drive national competitions seriously, but still maintaining the spirit of having fun!”

Sounds great – and is the perfect attitude!

Jari has been an M Room customer for seven years already. “Why change what is working”, Jari says smiling, when we ask why he has been our customer for so long.

What drew him to us was a recommendation he got from his friend, and that way he found a solution to an eternal issue of not remembering to book an appointment on time. With M Room he can go into the queue from his laptop or phone from anywhere, or just walk in to the shop and get a cut without an appointment. M Room also helps him maintain his busy schedule. Once the hair is in order, all he has to do in the morning is to pull on his gear and he is ready to go – and looking good.

In his free time – yes, he still has that too – Jari meets his friends , exercises, educates himself, and spends time with his nephew Nooa.

To end the interview, what would you like to say to your supporters?

”I value the fact that my team and people support me and use their own time to make this possible for me. I want to send big thanks to everyone who is involved in the sport in any way- whether it´s supporting, doing it, or following the sport”.

Best of luck to your future races Jari!